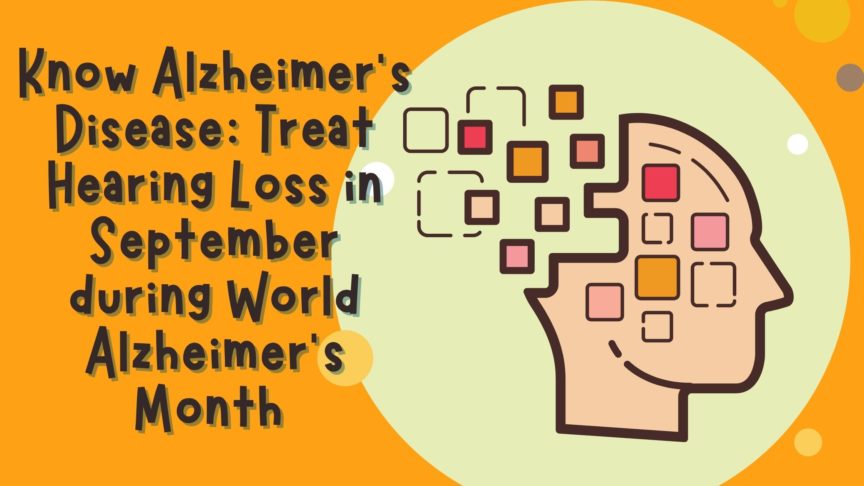 Are you worried that you or someone you love is struggling with memory issues? It’s common to forget things every now and then but as you age the risk of Alzheimer’s disease and other forms of dementia increase. Every September is World Alzheimer’s Day, an international campaign led by Alzheimer’s Disease International (ADI) to educate, advocate and battle the stigma of this devastating brain disease.

What is Alzheimer’s disease?

Alzheimer’s disease is a progressive brain disease accounting for 60 to 80 percent of dementia cases. Dementia is a broader term for brain conditions in which two or more aspects of cognitive performance are affected, such as memory, thinking, and/or behavior. These changes interfere with daily living, starting with some memory loss, but eventually develop into changes in personality, communication issues and the inability to complete everyday tasks.

The condition was first identified and named for Alois Alzheimer, a doctor who discovered abnormalities in the brain tissue of his patients with similar mental health issues, back in 1906. These abnormalities have been identified as amyloid plaques and neurofibrillary tangles, which attach themselves to brain cells, causing them to degrade. As these abnormalities continue, it becomes increasingly difficult for your brain cells to communicate with each other. This causes cognitive issues which can devastate the families and communities of those affected.

Globally, dementia is one of the biggest challenges we face, with an estimated 50 million people living with dementia worldwide and 10 million cases reported each year. Age is one of the largest risk factors of the disease, with 1 in 16 people over the age of 65 affected and 1 in 6 over the age of 80. In fact, for every five years you live past 65 the risk of developing dementia doubles.

Even so, Alzheimer’s is not a normal part of aging. It is the way you have lived your life and the way you are currently living which increases or decreases your risk. Some people have a family history of the condition, which increases your risk significantly but many of the other factors which determine your risk of Alzheimer’s pertain to how you live your life. Some span a lifetime, such as a supportive education for the first 20 years of your life, which supports healthy brain development. Other factors such as eating a healthy diet, and staying physically and socially active, span your entire life but shifting to these practices now, can make a significant difference in the fight against Alzheimer’s.

Among factors which can prevent or decrease your risk of developing dementia is hearing loss. This is due to how hearing works. While sounds are collected by the ears, the sounds are sent and processed by the brain. As hearing loss develops subtle sounds are lost. This leaves gaps in words and sentences during conversation. Hearing loss often progresses overtime, making communication increasingly difficult. This not only causes a strain for your brain but can increase the likelihood of self-isolation. One of the greatest risks for developing dementia is lack of socialization, especially in senior years. This under stimulation, due to isolation, can cause the brain to receive less information. Like a muscle, when the brain is under stimulated it becomes weaker, less sharp and can atrophy.

The findings, of a University of Michigan team using data from nearly 115,000 people over age 66 with hearing loss and insurance coverage through a Medicare HMO between 2008 and 2016, are published in the Journal of the American Geriatrics Society. The study found that seniors who get a hearing aid for a newly diagnosed hearing loss have a lower risk of being diagnosed with dementia, depression or anxiety in the three years post diagnosis. The unfortunate news was that only 12% of those who have a formal diagnosis of hearing loss actually invest in hearing aids.

Elham Mahmoudi, MBA, Ph.D., the U-M Department of Family Medicine health economist who led the study, says. “Though hearing aids can’t be said to prevent these conditions, a delay in the onset of dementia, depression and anxiety, and the risk of serious falls, could be significant both for the patient and for the costs to the Medicare system.”

Invest in your Quality of Life

This September is a great time to invest in hearing aids. The risks associated with putting off using them is just too detrimental to your quality of life. The first step is to schedule a hearing test with us today!