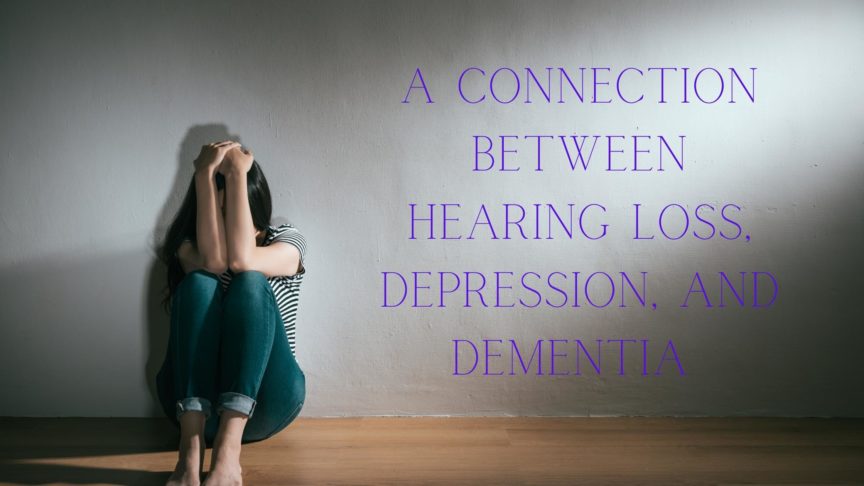 If you suspect you have just a little bit of hearing loss, you may not believe it to be a big deal. However, ignoring the issue now can create serious problems later on in life. Especially as you approach your golden years. Now a new study finds that those with moderate to severe hearing loss are up to 5 times as likely to develop dementia.

Dementia is actually a grouping of conditions which affect cognitive functions such as memory loss, judgment and social skills. Over time conditions can become so severe that they interfere with daily functioning. The risk of dementia increases exponentially with age between the ages of 65 and 90 years and doubles approximately every 5 years. Dementia is caused by damage to brain cells. When brain cells cannot communicate with one another the symptoms of dementia start to escalate.

Several studies have found that seniors with untreated hearing loss were up to 69 percent more likely to develop Alzheimer’s disease and dementia, when compared to those with normal hearing. The studies show that as a person’s hearing becomes more severe the risk of dementia rises. This is why even a slight hearing loss can be the start of a much more serious problem, and the sooner you treat it the better. By the time a hearing loss is considered mild, a person is about twice as likely to develop dementia when compared to those with normal hearing. The risk increases three-fold for those with moderate hearing loss, and five-fold for those who suffer a severe impairment.

How Does Hearing Loss Cause Dementia?

While there is no confirmation on exactly why hearing loss causes dementia, here are a few common theories:

When a person is forced to strain to hear, it is common for people to become depressed and  ultimately shy away from exhausting and frustrating conversations, the part of the brain that processes sound can become inactive or under-stimulated. Overtime, this can cause brain atrophy, which can cause brain cells which used to communicate with one another to die.Another concept has to do with brain overload. When the brain has to struggle to hear due to hearing loss it can deplete a person’s mental capacity and takes brain power away from other important functions.

It’s important to diagnose and treat a hearing loss as soon as it occurs to avoid cognitive decline which could lead to dementia. The issue is that oftentimes, people don’t even know they have a problem hearing, until they struggle to hear, even in the most ideal of listening situations. This is because at first, only some words, tones or pitches are out of reach. Over time this can become worse and because it happens’ gradually enough, you don’t even realize it. If you know the signs, you start the process towards treatment before it starts to affect cognitive functioning. If you find you have to ask people to repeat themselves more often than not, or you find people asking you to turn down the TV when it sounds fine to you, it’s a good idea to schedule a hearing test.

Sometimes, even when people do suspect they have a hearing issue, it can take people on average seven to ten years before they seek treatment. During this time, chronic depression and the decline of hearing loss, is already putting your cognitive health at risk. The most common treatment for hearing loss is hearing aids. These tiny devices fit in or around the ear and are able to amplify the sounds you struggle with.  This eliminates the need for your brain to work harder, just to hear.

With hearing aids, you can connect to the people in your life, stay engaged in your hobbies and enjoy a greater sense of independence. The important thing to remember, is the sooner you deal with a hearing loss the greater the chance that you can start to heal depression and protect yourself from the risk of dementia. The first thing to do is schedule a hearing exam and start the process of protecting your quality of life, today!