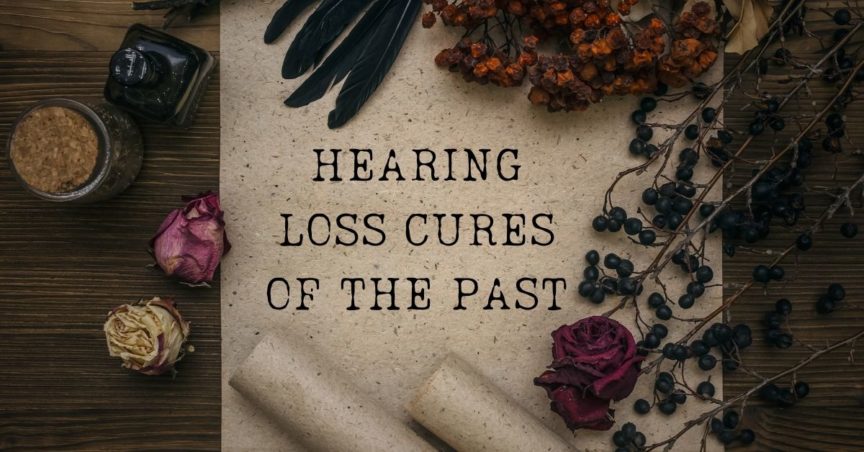 Hearing loss has been around for thousands of years, but the hearing aid technology which gave us the hearing aids were only introduced in the last century. In the past, people have tried different methods of how their hearing can be restored. Some believed in crazy rituals, but others have used science and technology to introduce new ways on how to fix the issue with their hearing.

Many people around the world are suffering from the loss of hearing, and a device that provides hearing assistance helps these people to hear well. Despite the existence of other treatments that have been used for decades, most people today would love to use a high-tech device that will restore their hearing. The following information highlights the evolution of devices used for hearing assistance beginning in the 13th century to the present.

During the 13th century, people use the horns from rams and cows as a treatment for loss of hearing. The first step is to hollow out the horns and then placing them on the ear so that people can hear well. However, this method is not that effective, and people back then would complain that they are still having difficulties hearing sounds.

In the 18th century, the ear trumpet was invented. This is a more modern take on the horns that were used in the past to treat the loss of hearing. Ear trumpets are funnel-shaped, and this is considered as the first attempt by humans to create a device that can be used to treat the loss of hearing. It works by amplifying the sound within the environment, and funneling it inside the ears narrow tube so it can reach the eardrums. Using it is uncomfortable because of its size and bulkiness, but it only encouraged the people to develop a more advanced way on how to deal with the loss of hearing. With the increasing use of electricity in the 19th century, people started to develop more options.

Alexander Graham Bell invented the telephone in the 19th century, and aside from giving the people an option to communicate, it also leads to the creation of powerful treatments for hearing loss. The hearing aid technology developed rapidly during these centuries, thanks to the existence of electricity. Electricity has a massive impact on the development of hearing devices, as people discovered that they can hear someone better when talking to them through the telephone.

In 1870, Thomas Edison decided to improve the design of the telephone. Being deaf himself, he benefited from the redesign of the device as it allowed him to hear well. The addition of a carbon transmitter on the telephones amplified the signal from the electricity and it increased the noise by at least 15 decibels. In our world today, the minimum requirement is at least 30 decibels, but Thomas Edison paved the way to develop these devices in the future by introducing ways on how to increase the decibels.

Vacuum tubes increase the sound level by 70 decibels. When it was first introduced, vacuum tubes are bulky and huge. However, subsequent developments reduced its size, and its portability greatly improved. By 1938, devices that use vacuum tube technology can be clipped into the clothes worn by the people. These devices further improved after World War II when it fully ran on electricity powered by button-sized batteries.

The transistor technology of the mid-20th century

The transistor was invented in 1948, and its primary use is to control the electron movement and electricity. It paved the way for the invention of smaller hearing devices that are more powerful and can be worn inside the ear. It became popular with the public, and it beat the vacuum tube technology when it comes to sales.

High-tech treatments of the 21st century

Today, new technologies are used to treat hearing loss. Programmable hearing devices are used by people, who wanted to customize their hearing. By the year 2005, 80% of the market for hearing treatment is dominated by digital hearing aids. These devices can be connected to other pieces of technology like Bluetooth and wireless devices. Scientists are also working on a 3D-printed ear and hearing system to treat deafness. Bionic ears are also increasing in popularity as an option for treating the loss of hearing.

If you’ve noticed changes in your hearing and struggle with communication, contact us today. We provide comprehensive hearing health services with the best hearing loss treatment solutions of the 21st century – and we’re here to help!