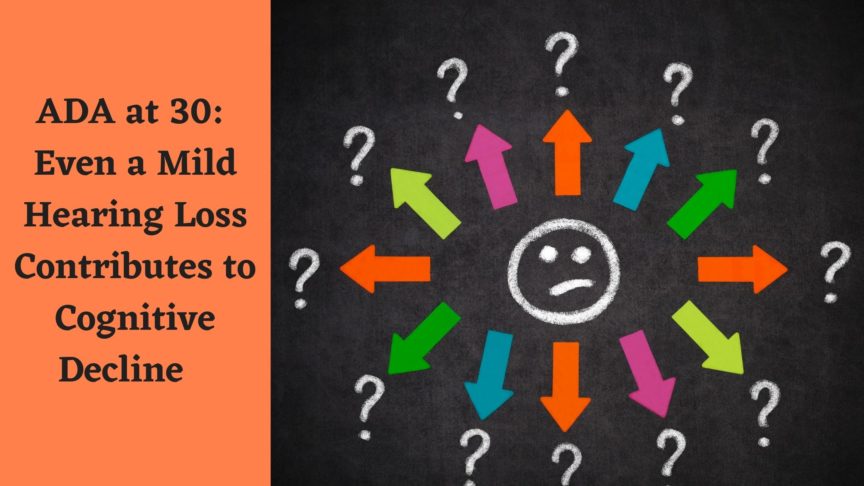 This study began by combining the results of two other studies, adding up to a test group of 6,451 participants. The data came from research in the Hispanic Community Health Survey and the National Health and Nutrition Examination Study. These two groups allowed the researchers to compare people 50 years of age and over within their demographic groups as well as between groups. They followed up the general finding about a correlation between hearing loss and cognitive decline with a stricter definition of hearing loss that included even 15 decibels of impairment, categorized as mild hearing loss. Indeed, that relationship held up even with such a slight designation of loss. The researchers only compared participants with those who were otherwise statistically comparable in terms of other confounding factors such as age, sex, educational level, cardiovascular disease, or hearing aid use. With these results in mind, researchers had to come up with theories about why such a mild level of impairment would lead to such serious results.

The study’s lead author gave some context to the findings. Dr. Justin Golub is an assistant professor in the department of otolaryngology-head and neck surgery at New York Presbyterian/Columbia University Irving Medical Center. He explained that the brain needs to work much harder to simply decode words when hearing loss is present, even mild loss. The brain effectively doesn’t even get to the intellectually stimulating part of processing what is really meant by the language. Dr. Golub compares mental fitness to physical fitness, and exercise is essential to maintaining strength of mind and body alike.

Our brain is an organ that requires exercise to maintain the neural pathways and to maintain mass. When the auditory cortex is not being used to process sound, due to limited information, it needs to recruit other parts of the brain, such as the frontal cortex, to treat that basic sonic information as if it were complex information. Two things happen to the structure of the brain at that point. The auditory cortex can atrophy due to underuse. At the same time, the frontal cortex is overloaded with both the task of decoding sound as language and interpreting meaning. This combination seems to have a relationship with cognitive decline, including dementia. Even mild hearing loss can lead to missing sound in certain settings, such as a place with loud background noise or the sound of a person whispering. When the brain follows this process, it can lead to permanent effects on cognitive functioning.

If you have someone in your life with mild hearing loss, they might be tempted to forgo treatment for hearing loss. Quite likely they can get by just fine in most conversations, even if they are missing a word or sound here and there. Despite this ability to get by, the brain is experiencing an undue cognitive load, and the effects on cognitive functioning might be happening behind the scenes. If your loved one has been avoiding a hearing test for these reasons, the time is now to get a thorough diagnosis with a hearing test. When the time comes for hearing aids, they can. help fill in the gaps in sound that lead to other cognitive effects down the road.