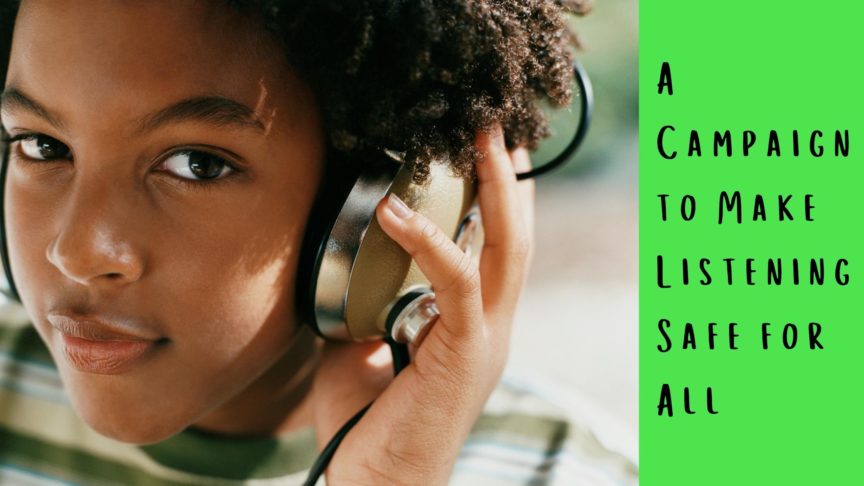 About 48 million Americans today have some form of hearing loss in one or both ears. What’s more, it’s estimated that as many as 20% of teenagers have measurable hearing loss. It’s no secret that our modern world is noisy, but many of us don’t realize the extent to which long-term exposure to relatively low noise levels can cause hearing loss. Whether we’re at work, or listening to music for pleasure, there is a possibility that we are exposing ourselves on a daily basis to unsafe levels of sound.

The World Health Organization (WHO) has initiated a “Make Listening Safe” workgroup to promote a world where no one’s hearing health is put in danger through unsafe listening.

There is a clear consensus among researchers that irreversible noise-induced hearing loss (NIHL) occurs after about 8 hours of exposure to an average of 85 dBA (about the loudness of a lawnmower). OSHA requires that employers establish a hearing conservation program if noise levels in the workplace reach or exceed 85 dBA.

The problem is that we don’t stop experiencing sound when we are outside the workplace. If we experience a full 85 dBA for the entirety of the 8 hours we spend on the job, even driving home with the windows open could mean that we incur some hearing loss.

Another issue is that while 85 dBA takes 8 hours of exposure to cause hearing loss, the safe time of exposure is cut in half for every additional 3 dBA of sound. This means that by the time we get to 100 dBA, it only takes 15 minutes to cause permanent, irreversible hearing loss. 100 dBA is about the sound level of a motorcycle or ATV, a boom box, or a high school dance!

And the prevalence of personal listening devices means that we are very susceptible to exceed safe listening levels and durations. Studies began when Sony released the original Walkman in the early 1980s. At that time, it became clear that the Walkman had the ability to easily cause hearing loss when used near maximum volume for long. Today’s listening devices are even louder.

What Can We Do?

In America, employers are required to mitigate the effects of noise in any environment that workers may need to enter. This can be accomplished by isolating the noisiest machines in separate rooms, rotating employees in and out of noisy areas on safe timelines, providing hearing protection, and more. The importance of utilizing hearing protection cannot be overstated!

When it comes to personal listening devices, one thing that has been noted is that the risk of incurring damage due to headphone usage decreases as the headphone driver is moved away from the eardrum. This means that on-ear headphones are safer than earbuds, and over-the-ear headphones are safer still. Care should still be taken to keep the volume down on the device itself, though this seems to be more easily intuited when the driver is further away from the eardrum.

Noise-canceling headphones may be a good option for some, especially frequent travelers. Noise from airplane cabins, trains, buses and cars can be reduced significantly with the use of noise-canceling headphones. These work by using an active circuit to pick up the sound in the environment and reproduce it, 180 degrees out of phase. By the time the sound from the environment reaches the eardrum, it is effectively canceled out by the equal-but-opposite sound from the headphones.

Earplugs can be an important measure for most people. While everyone should carry at least a disposable set of earplugs in case they encounter an environment with dangerous sound levels, some people are exposed with more regularity due to lifestyle choices, like regular concert-going or motorcycling. These people may wish to carry a reusable set, or even a custom-molded set with attenuators appropriate to their most frequent activities. The sound quality from a custom-molded set of earplugs is impeccable, and can protect the ears without diminishing the quality of sound at live music or sporting events.

The Better Hearing Institute, a non-profit organization, recommends getting a hearing test once every decade until age 50, and once every three years after that. Regular hearing tests allow you to keep track of your hearing health, and to learn whether you have measurable hearing loss so you can take steps to prevent more hearing loss before it becomes an issue.