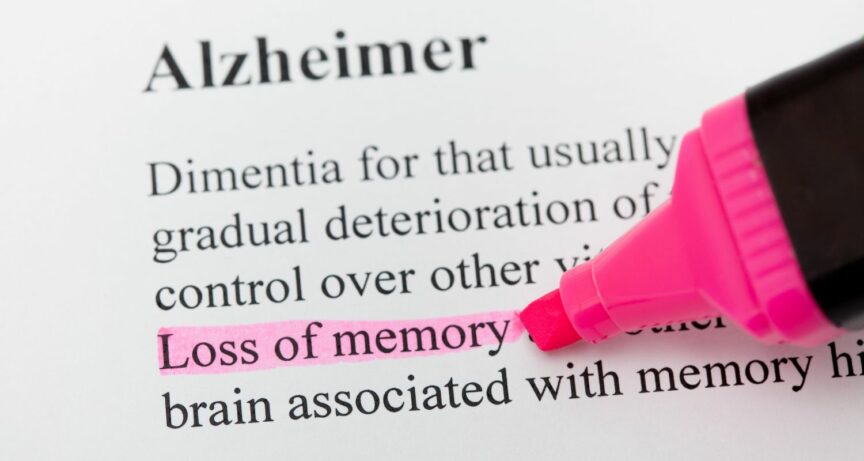 Is someone close to you struggling with Alzheimer’s Disease? It can be painful not only for the person affected but friends, family, and care givers as it is a disease which has no cure and requires around the clock care. Currently it’s estimated that Alzheimer’s Disease affects 5.8 million people in the US – this includes 5.6 million aged 65 and older and about 200,000 under age 65 with younger-onset Alzheimer’s. If you have questions and want to understand more about Alzheimer’s Disease, this is a great time of year. Every September is World Alzheimer’s Month, an international campaign by Alzheimer’s Disease International to raise awareness and promote prevention around this widespread and devastating disease.

An introduction to Alzheimer’s Disease

First discovered by French doctor Alois Alzheimer in 1906, who observed brain abnormalities in diseased patients who displayed similar behaviors previous to passing. This manifested as amyloid plaque and neurofibrillary tangles. Since its discovery, it’s been understood that these growths on the brain suffocate and cause the degeneration of brain cells and tissues, affecting memory, social functioning, ability to follow directions, mood swings and more.

Looking for the Signs of Alzheimer’s Disease: Signs to Look Out For

The brain is the most complicated part of the body, and experts still don’t fully understand how it works completely. What we do understand is that our brains contains billions of nerve cells arranged in patterns that synchronize thought, emotion, behavior, movement and sensation. It’s a mind-boggling highway system of nerves which connect your brain to every other part of your body, in a matter of split seconds. This is one reason why people still struggle to fully understand how and why Alzheimer’s disease develops. What we do understand are signs to look out for. The sooner you catch it, the greater chance you have of putting off it’s full affect for years to come. Still, changes in the brain can start up to 10 years before any signs of Alzheimer’s Disease can be seen.

How to prevent Alzheimer’s Disease
There is no cure for Alzheimer’s disease, but there are several factors which have been identified which can increase the risk factor of developing it. There are some medications which treat Alzheimer’s but those are primarily for treating side effects such as irritability or insomnia. What has been identified to be the most effective treatments are emotional and practical support.

In 2020, the Lancet Commission identified some key factors which lowered your risk of developing dementia. While some factors such as age or family history cannot be modified, several of these factors can start to be practiced immediately for improved health and a lower risk of dementia. Some modifiable factors include staying active, exercising, eating healthy, quitting smoking and avoiding excessive alcohol consumption.

The Connection Between Hearing Loss and Alzheimer’s Disease

One factor which can reduce your risk of Alzheimer’s Disease is addressing hearing loss. One in three people over 65 have hearing loss and that number jumps to one in two for those 75 and older. Unaddressed hearing loss, even when slight has shown to cause people to test lower on cognitive exams. When we struggle to hear parts of words and words in sentences it puts a strain on the brain. However, with the use of hearing aids, these sounds can be amplified and reduce the cognitive strain.

Another factor which may increase an individual’s risk of Alzheimer’s disease is it’s effects on your social inclination. Struggling to hear the people at work, out and about and at home can put a strain on all your relationships. Small misunderstandings build up into alienation and chronic depression. As these communication barriers add up, it becomes more and more likely that people avoid social interactions all together. Because a healthy social life is essential in the prevention of dementia, it’s important to address hearing loss in order to make it easier to socialize.

If you suspect that you are struggling with hearing loss don’t put it off. Schedule an appointment with us today and start investing in your future now.