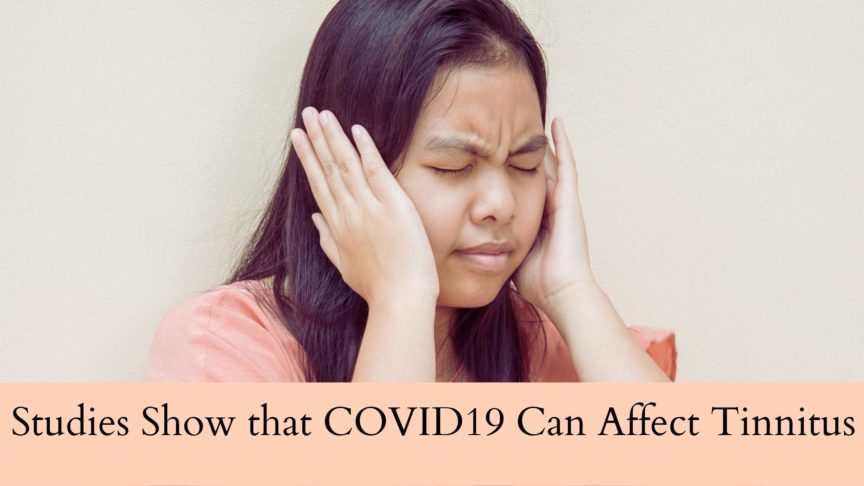 Since the start of the COVID-19 pandemic, becoming widespread in early 2020, there has been constant unfolding information around how the virus affects our bodies. As the COVID-19 pandemic continues to adapt and change, the need to understand and respond to new information is essential in easing the effects on the world’s population. For instance, “long COVID” is described to explain symptoms that continue or develop after the height of the virus’ infection. We are still understanding the effects of this virus including lasting fatigue, breathlessness, brain fog, and depression. Now a study published in the journal International Journal of Audiology, explored COVID19’s effects on the vestibular system affecting hearing, balance and tinnitus.

Study on Hearing Loss and The Vestibular System

The study found that 7 to 15 percent of adults diagnosed with COVID-19 report audio-vestibular symptoms. Most commonly tinnitus, also known as ringing of the ears, persisted after acute COVID receded. Medical professionals understand that it is common for some viral infections that may cause hearing loss, including measles and rubella. Problems with the vestibular system can occur because the nerves of the brain are damaged as a result of encephalitis, a condition in which the brain swells due to viruses. Researchers believe that in rare instances COVID can cause encephalitis leading to lasting effects on hearing.

Studies on COVID19 and Tinnitus

The researchers examined separate studies around the audio-vestibular system and COVID19’s effects. They collected seven studies which reported hearing difficulties, tinnitus, and vertigo connected to COVID-19.  Why COVID-19 caused noticeable tinnitus is unclear, however they reason that it could be due to the manner in which the virus attacks and damages the auditory system. Researchers also theorized that the mental and emotional stress brought on by contracting this virus during a world pandemic may also trigger stress and tinnitus. While the study did suggest an association between tinnitus and Covid-19, many say it is still too early to make a definitive connection. “Am I seeing patients who come in saying they noticed tinnitus after developing Covid-19? Yes,” said Dr. Douglas Hildrew, an ear, nose and throat specialist and surgeon at Yale Medicine in a recent interview in the New York Times. The doctor confirmed that stress could be a major factor persisting in tinnitus.

What exactly is Tinnitus?

Tinnitus, often referred to as a ringing in the ear, is a static sound which persists with no external source. Tinnitus can take several forms including a whooshing humming, buzzing, roar, or ring. It is also commonly associated with hearing loss. For about 80 to 90 percent of people with hearing loss, tinnitus is also present. This means that the two conditions are closely related. Many theorize that damage to the tiny hair cells of the inner ear which transmit sound information to the brain can also cause static to be sent to the brain. This static can manifest as symptoms of tinnitus.

Tinnitus can often lead to increased levels of stress. Tinnitus can come and go, but in some cases, it is debilitating and makes it hard to focus or rest. When someone focuses on tinnitus it has the potential to cause stress and become amplified. This may be due to an individual focus on the symptoms. As stress levels rise, the prominence of tinnitus also does. The U.S. Centers for Disease Control estimates that nearly 15% of the general public, or more than 50 million Americans experience some form of tinnitus. About 20 million people struggle with burdensome chronic tinnitus, while 2 million have tinnitus so extreme that it makes it hard to rest and focus on daily tasks.

An article from Medical News Today explains: “Although the evidence remains tentative, the researchers have estimated the prevalence of audiovestibular problems among people who have recovered from a SARS-CoV-2 infection.” Specifically, researchers found that around 14.8 percent of patients experience tinnitus, 7.6 percent have hearing loss, and 7.2 percent have vertigo, or a spinning sensation. Vestibular neuritis and labyrinthitis are disorders which cause inflammation of the inner ear and the nerves which connect to the inner ear and brain. Vestibular neuritis is most caused by viral infections, such as COVID19

While findings between the two conditions are still being examined, it’s safe to say that if you are having issues with tinnitus, balance issues or hearing, it is a good idea to contact us immediately. We can help you find the best solution for your hearing issues.