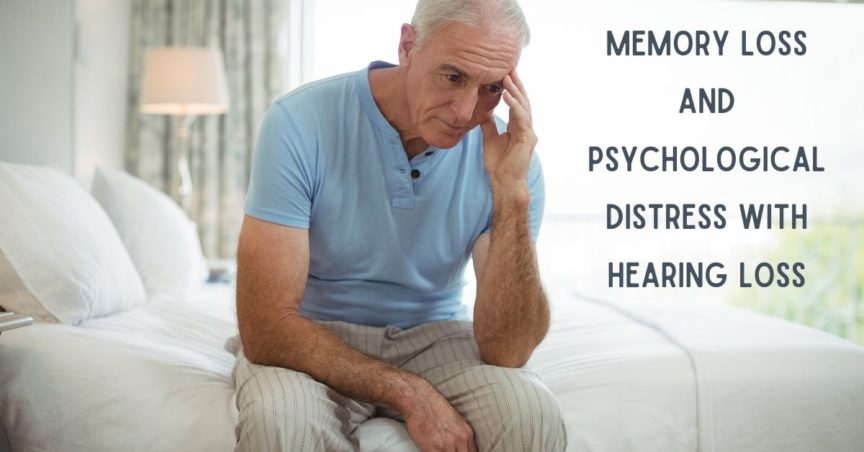 If you have hearing loss, it might come as no surprise that it can be related to psychological distress. The pressure to have a conversation with your family and friends in a noisy restaurant might be enough to ruin your good time for the evening. You might even find yourself avoiding these dinners to skip the hassle of straining to hear others. However, to report psychological distress on a survey is quite another matter. These everyday struggles might not add up to an overall feeling of distress prompting you to report in on a survey. For these reasons, statistical analysis of survey results is a very helpful way to track the experience of many people and to relate those responses to one another. Although one person might feel so frustrated with their hearing loss that they tell you it is causing a general state of psychological stress, for example, another person might say that their stress is related to other health problems that affect their mobility. Large-scale surveys of the population are very effective for isolating these individual effects from one another to understand how the majority of people respond to a situation.

Researchers are particularly interested to understand the relationship between three different factors facing older adults aged 65 and higher. Although many of them report these three in isolation, public health officials want to know if one is causing another. If that relationship could be determined, they would be better able to put resources toward solving the problem at its root. Solving the problem at the start of ripple effects would be able to stave off other problems down the road, and researchers wonder if hearing loss is just that kind of condition. General surveys have found that hearing loss is common among those with memory loss and psychological distress, but they still did not know if the relationship was one of cause-and-effect.

In order to isolate this relationship, a large-scale population study was employed among older people in Japan aged 65 and higher without a clinical diagnosis of dementia. This group of survey respondents was quite large, totaling 137,723 participants. Out of this group 12,389 reported hearing loss, about 9.0 percent. The next step in the survey design was to determine which of these people had memory loss and psychological distress. By simply asking these older adults to self-report these conditions, they were able to determine a high rate of correlation. However, accurate statistical measurement required one more step to see if the relationship was reliable and predictive of future outcomes.

The researchers used a common tool in statistics called “regression analysis.” This method, in effect, divides up a large group of people into smaller groups with similar characteristics. Without using this method, one might wonder if another untested factor was actually causing the relationship. Say, for instance, that those with hearing loss also tended to have higher rates of other health problems. If that were the case, then we would not know if it was the hearing loss causing the memory loss and psychological distress or if it was the other health problems. This survey was able to break down the large group into smaller groups with similar characteristics according to age, gender, smoking status, alcohol use, the number of other health problems, the amount of household expenditures, and other variables.