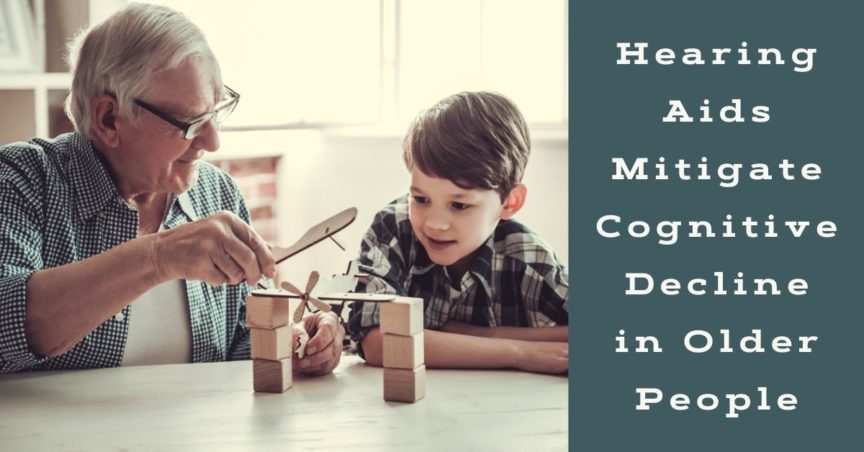 People sometimes assume hearing loss is solely an issue with the ears, but in reality, it is far more than that. Hearing loss has a profound effect on your brain, and living with untreated hearing loss often leads to a rapid cognitive decline.

When the brain’s auditory centers produce fewer inputs, you will start losing cells that aren’t being used. If you leave it long enough, then treating hearing loss will not get those cells back. If you have chronic hearing loss, it won’t be long until you start noticing that your brain doesn’t work as well as it once did, and you’ll encounter attention and memory problems, and fail to perform cognitive tasks.

The results of hearing loss are lifelong, so think about your brain before you decide to live with untreated hearing loss.

Scientists at Brigham and Women’s Hospital and Harvard Medical School, both in Boston, MA, have found that hearing loss is linked to a significantly higher risk of subjective cognitive decline after analyzing eight years of data from a health study of more than 10,000 men and women.

IF hearing loss can lead to cognitive decline, the good news is that treatment with hearing loss could reduce the damage. According to a new study by researchers at the University of Manchester, UK, wearing a hearing aid will delay dementia development by up to 75 percent. Scientists believe that the use of hearing devices could significantly reduce age-related cognitive decline by keeping older people informed and involved.

The researchers followed the progress of 2,040 people between 1996 and 2014, asking them to complete word memory tests at different stages and monitor the rate of decline before and after getting a hearing aid. They found that while hearing aids did not stop the cognitive decline, it was able to slow it by three-quarters.

The study author Dr. Piers Dawes said: “These studies underline just how important it is to overcome the barriers which deny people from accessing hearing and visual aids.”

Another study by the Journal of American Geriatrics found that people using hearing aids to combat their hearing loss can almost eliminate the risk of cognitive decline. The Research, based on 25 years of data, found that people with hearing loss suffered from cognitive decline at a higher rate, but those who wear hearing aids showed no higher risk than people with normal hearing.

Improved social relationships: As soon as you’re fitted for your hearing aids, you’ll immediately notice a significant improvement in how you can hear people in your surroundings, as well as ambient sounds. That can quickly spark a new sense of energy and confidence. As you begin to wear more of your devices, you are likely to develop more self-assurance that can change your interactions with others and enhance your sense of identity. Don’t be surprised if, when checking out at the grocery store or ordering dinner at a restaurant, you find yourself having more conversations with those around you.

More active life: A properly fitted hearing aid will allow you to go right with the people you love, doing the things you love. If you prefer to spend time outdoors or at social events, there’s a hearing aid style that suits everyone. Hearing aids help maintain socially, cognitively, and physically active people of all ages, helping them do the things they love as they enter their later years.

Reduction in brain atrophy: Hearing aids can reduce the sensory deprivation’s adverse effects on brain function. A Baltimore Longitudinal Study of Aging study found that participants with hearing loss experienced increased brain atrophy because there were parts of the brain that were lying unused as a result of hearing loss.

If you’re concerned that hearing loss may be affecting your cognition, it is never too late to seek treatment. Contact a hearing professional and get your hearing tested. It could be the best thing you could do for your brain.