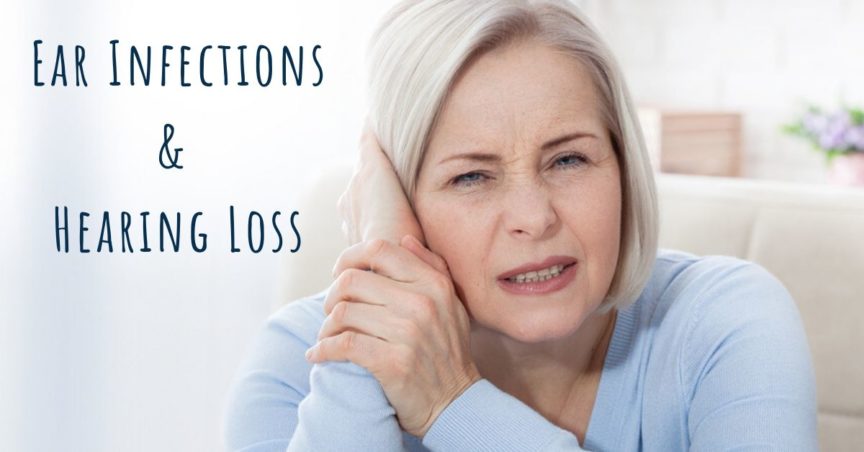 There are plenty of things you can do to protect your hearing. Aside from wearing hearing protection in hazardously noisy conditions or restricting the use of headphones and earbuds, did you know you could help your hearing through promptly treating any ear infections?

The good news is that most ear infections don’t result in loss of hearing, and for those that do appear to be temporary. But hearing loss can be permanent in some severe cases. Let’s look at the severity of ear infections, which ones can be a danger to hearing, and how to know when to seek medical attention.

How ear infections could lead to hearing loss

There are several different forms of ear infections, and they tend to be classified according to where the disease occurs inside the ear canal.

Occasionally an ear infection may cause a temporary or permanent loss of hearing. This happens typically because the side effects of the infection prevent sound from getting through the inner ear through the ear canal or middle ear. If things sound distorted, it is known as a conductive hearing loss. Sounds may be heard as muffled or indistinct.

The types of ear infection can cause a temporary or reversible loss of hearing include:

Hearing damage from an ear infection is typically temporary and eventually subsides after treatment. Your doctor may choose to prescribe antibiotics to treat your ear infection. If the antibiotics cure the disease successfully, then your hearing will return to normal.

If you have a history of chronic ear infections, your doctor may insert a tube into your eardrum to help drain the fluid. Eliminating fluid buildup relieves the pain and discomfort that often accompanies an ear infection, and can avoid the fracturing of the eardrum.

A history of chronic ear infections may also result in tympanosclerosis, which is the tympanic membrane thickening or scarring. A perforated eardrum and tympanosclerosis harm eardrum sensitivity and lead to a decreased hearing acuity. If your hearing doesn’t return to normal after treatment, your doctor and hearing specialist can prescribe hearing aids to treat the loss of hearing.

What to do if you have an ear infection

If there is a permanent hearing loss, hearing aids will help you hear again. To get more information about hearing aids, make an appointment with us for a consultation.