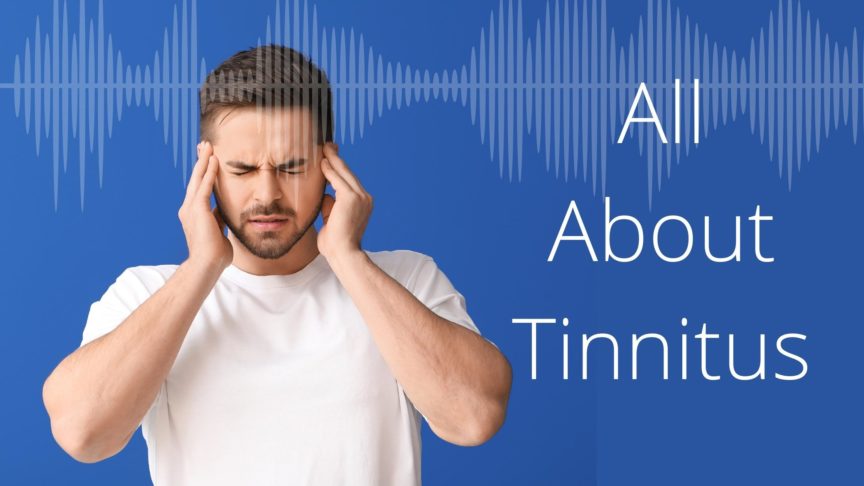 Tinnitus is known commonly as “ringing of the ears.” It is a condition in which a person hears a sound without the stimulus from an external source. Tinnitus appears differently depending on the person: a rush of air, a clicking, cracking, pop, whistling, or in some rare cases, music. Tinnitus might be temporary, lasting as little as a minute or two, or it could be chronic, which lasts for days and weeks.

Approximately 10% of adults in the US experience tinnitus. An estimated 60% of veterans returning from combat zones report cases of tinnitus, as well as hearing loss.

There are two types of tinnitus: subjective and objective.

The Link Between Tinnitus and Hearing Loss

Problems with the ear bone and earwax blockage in the ear canal may lead to hearing loss as well as tinnitus. Certain classes of drugs, ranging from antibiotics to chemotherapy treatment medication, have damaged inner ear hair cells, thus leading to hearing loss and tinnitus.

Tinnitus is a frustrating condition, especially for people who experience chronic tinnitus. The ongoing tinnitus sound accompanies them from morning until night. It could affect one’s sleep patterns and increase irritability, memory problems, concentration, and productivity. Tinnitus has been found to increase stress, anxiety, and depression.

More often than not, tinnitus is the symptom of a related medical problem. Causes of tinnitus include impacted earwax, ear infection, tumors, circulation disorders, Meniere’s disease, or ototoxic medication. Searching for the underlying cause and addressing it may relieve the tinnitus itself.

There is no definitive cure for tinnitus, although treating related medical issues and addressing hearing loss often alleviate tinnitus symptoms. Here are some common treatments for tinnitus.

Sound therapy: This treatment attempts to disguise the tinnitus noise. Overactive brain cells are distracted by the masking sound produced by wearable or external ear devices. Maskers are both safe and effective. More impulses are sent across the remaining connections between the ear and the brain, momentarily compensating for the lost ones.

Tinnitus retraining therapy (TRT): This is a kind of treatment that seeks to retrain your brain’s response to tinnitus so that you begin to tune out the sound and become less aware of it. The treatment consists of a mix of rigorous sound therapy and long-term counseling.

For more information on tinnitus and tinnitus solutions, contact us today.